← The Absent Baba. “Chronicle of a Last Summer: A Novel of Egypt”
Of Migrants and Immigrants → 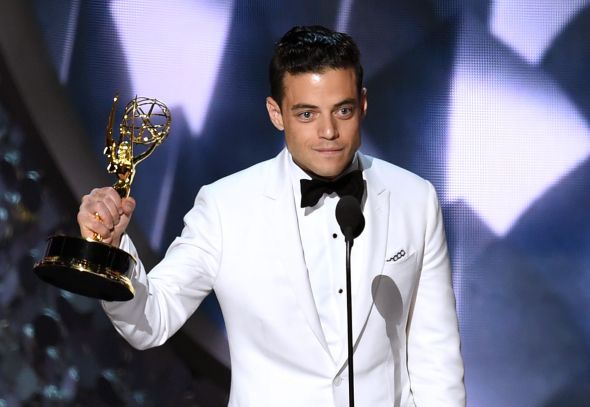 Times are good for most American Copts, and beyond just the material comforts. Half a century after the first trickle of immigration there is now a desire to develop a distinctive culture that transcends Egypt, the motherland to which they remain emotionally attached, and weave that culture into the larger American tapestry. Away from their historic repression in Egypt, they can now develop fully, and do such “Un-Coptic” things as become actors, politicians, athletes, or display assertiveness and independence once denied to them in Egypt.  This moment was exemplified by the recent Television Emmy award for Best Leading Actor to Egyptian-American actor Rami Malek. The media hailed his award as the first of its kind to a “non-white” male in nearly two decades. Others rushed in to claim him as the first “Arab-American” to do so. There was also an immediate and visceral reaction from many American Copts; “he is no Arab, he is a Copt”, most seemed to say publicly.  The private reactions were more pointed and in many cases angry. Once again, the Copts seem to upend the fashionable views of the so-called “Post-Colonial” discourse.  The paradox of one of the largest of ancient Christian groups that was doubly disadvantaged, once under the Arabs, then under the West which disadvantaged the Arabs, now discovering strength and voice as citizens of the West, is poignant. Lord Cromer, the British banker who ruled Egypt for a quarter century is notable for his intense dislike of Copts. We can’t be sure of the reasons behind his feelings. Perhaps it is simply the product of his servitude to the Empire that bred him. It could also be that the Copts’ fervent Christianity challenged his conception that good Christians should come only in the form of High Church Anglicans. The West is now thankfully more accepting of diversity, especially of native non-whites. But that benefit is sometimes withheld from the Copts. Still, such matters are small compared with a larger looming issue; that of their relationship with the Egyptian Church. On the occasion of President Sisi’s visit to the UN General Assembly, the Church sent two senior Bishops to urge American Copts to provide a supportive welcome. There was no need for the Bishops to take the trouble and come to the US; the vast majority of American Copts had no intention of protesting his visit. The trip betrays a historic anxiety among the Egyptian hierarchy about political activism among immigrant Copts.

The Egyptian Church has sometimes been wary of political and cultural activism among immigrant Copts since the late 1970s. The Church’s initial reaction to immigration was less than approving; viewing those that left Egypt as abandoning their post, and fearing decline as the best educated and most adventurous left for other lands. As the first immigrants breathed freedom in America, a few among them felt the need to call attention to the growing sectarianism in Egypt under President Sadat. Sadat did not appreciate either the critics, or even those who supported his policies but saw a need to acknowledge the obvious. As far as the great man of peace was concerned, the only good Copt is a silent one. The Church hierarchy, including Pope Shenouda who was having a strenuous relationship with Sadat, also showed little approval of the activists. There were many reasons. The Church was ascendant in the historic tug of war with lay leaders over communal matters and influence. It feared, correctly, that some among the activists may be motivated by bias as well as concern about the “Coptic problem”. It also wanted a free hand to deal with the rising challenge of Islamists who were using long-standing social bigotry to swell their membership ranks. More than once it challenged such activism as well-intentioned but harmful meddling from a group ensconced safely an ocean away. But perhaps the most ominous reason, when taking the long point of view, was a lack of understanding of how quickly Copts were becoming Americans. A decade after these events, Pope Shenouda commented, pithily but inaccurately, that “the only American feature of US Copts was their passports”. To this observer, and many others, this seemed like a slap in the face for those who are forging a positive new identity, and who struggle with acculturation in a new environment radically different from their conservative roots, but still wanted to remain in conversation with a painful patrimony. The patrimony of the Copt includes many things, glorious early Church history, painful oppression lasting centuries, revival, and perhaps most confusingly Egypt itself. The last part of this patrimony has been adopted as a central feature of the Church’s narrative of the community and itself.  Pope Shenouda repeated Makram Ebeid’s phrase “Egypt is not a country we live in, but a country that lives in us”. This view is harmless enough for Egyptians seeking a national identity beyond religious distinctions. But if adopted as near Church doctrine it will distance the Church from what it frequently calls “our sons and daughters abroad”. Most Copts, one suspects, would accept the moniker “sons and daughters”, but they are not abroad. America is their home, and so is Canada and Australia. The presence of non-Egyptian Copts should not be viewed as a net loss to Egypt, nor to its Christians. The challenge of immigration is increasingly as large as that of Western missionaries more than a century ago, which produced consternation in the Church hierarchy, but ultimately reform as well. Similarly, the challenges of immigration can be turned to advantage, but that will require the Church to view the immigrant churches as more than satellites of the Egyptian Church. Patrimony is not a fixed inheritance, but each generation can add or subtract from it as it sees fit. The central question today is the role of the “Egypt” part of the patrimony. How central is Egypt to the Coptic identity and how freely can Copts outside Egypt alter or even discard that identity without a permanent alienation from the Mother Church. This is not a question merely for non-Egyptian Copts, but for the Church itself and its bishops, including a new generation raised in the West, and is familiar with its ways and the appropriate discourse to acquire supporters and friends.

That said, it would be a serious error to underestimate the strength of the connection between immigrant Copts and Egypt. The focus of that connection is concern for the safety and communal health of Egyptian Copts. Immigrant Copts, regardless of where they place on the ladder of economic success, the spectrum of political affiliation, or the fervency of faith, are committed to see Egyptian Copts escape the ravages of social discrimination, government neglect of their security, and shield Egypt itself from the flames engulfing the region. The expression of that concern, and the actions taken as a consequence, create a definition and narrative of the immigrant Coptic experience. The Egyptian Church is not a bystander in that effort. Through its actions and words, and receptivity to responsible critics, it can shape that narrative. The concern for Egyptian Copts can seem as  either an instance of universal respect for human lives or a narrow sectarian team picking. The former will bear better fruits for the Copts themselves, and earn them the support of stalwart and true friends outside the community. The words and actions from Egypt do matter.

It would be a historic mistake for immigrant Copts to drift away from the Egyptian Church, even if at times its language and actions are at odds with perceptions shaped by freedom in the West. The number of immigrant Copts is still relatively small (probably less than a million), and their cultural contributions to the immigration countries correspondingly more limited. A drift, in either name or action, will render both components weaker than the whole, and less able to cross-pollinate and strengthen each other. It is tempting to think that Egypt, in its current state, has little to offer immigrant Copts. But in fact, the very struggle for improving the lot of Egyptian Copts, is an incentive to improve the social and cultural weight of immigrant Copts.  It would also be a mistake to think that the affairs of immigrant Churches in America, Canada or Australia,  can be managed by command-and-control from the northeast of Africa. The Egyptian Church is subject to the social and political conditions that shaped the country. The rulers often view the Church as the sole representative of the community, and charge it with developing support within that community. Just as critically, the Egyptian leaders of the Church are conditioned by the cultural and political dialogue in the country, and their words and actions can sometimes seem immune to the understanding gained from a distance. The virtue of listening can ensure that these differences create dialogues not disagreements.

If the patrimony is to be kept, enhanced, improved, and left in better shape for future generations, there needs to be a recognition of the obvious, that the Church is no longer merely the Church of Egypt, but an ancient Orthodox Church that emanated from Egypt. This requires many changes in the manner with which the Church hierarchy communicates with the faithful and the larger world beyond. Egyptian nativism plays poorly outside Egypt, and is rarely a benefit to Egypt in any case. In understanding the environment and needs of the Churches abroad, the Egyptian Church can transcend being an imitation of Egyptian governance to becoming an shining example of what a future Egypt could be.  We often invoke Tertullian’s words that the “blood of martyrs is the seed of the Church”. But it is also the efforts of the living to strengthen and improve the Church and community that prove to be the most powerful tribute to their suffering.

5 Comments on “The Copt’s Patrimony”