It Is Not All Religion 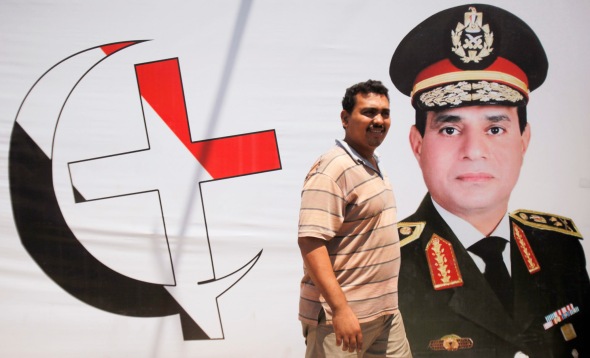 Subway systems in most major cities have information Kiosks to guide the lost or confused travelers to their desired destinations. Egypt does things differently, as Herodotus noted some centuries ago. New Kiosks at the Cairo subway guide the travelers not to Sarayat Al Qoba or Demerdash, instead the way is pointed to a more pious life and perhaps a better afterlife.  These “Fatwa” Kiosks are manned by nattily dressed Sheikhs experienced in such matter as how to divide inheritance, start a business or handle finances. The idea is to provide fast advice to the harried commuter by dispensing religion quickly on the trip home. Egypt does not lack for public expressions of religious fervor so the Kiosks fit in nicely in a country soaked in public piety. The entire idea is the brainchild of Al Azhar which is well-endowed with taxpayers’ money.  And although the Kiosks are dedicated to Muslims, one suspects, nay is sure, that many Egyptian Christians would follow suit if they could. The Kiosks are meant to combat religious extremism; a sort of homeopathic cure where a lesser bit of the poison inoculates against the bigger danger, similia similibus curentur. We should not be quick to believe it. Al Azhar is an enterprise in the business of religion, and the Kiosks are its latest startup effort or growth fund. The government also sees them as a quick way to curry favor with the public, certainly easier than delivering services effectively. A state that has trouble keeping trains on tracks or ferries upright advertises itself as fit to guide souls to higher places.

The Fatwa Kiosks are not a harmless bit of nonsense. They are a manifestation of a deeper problem behind Egypt’s recent stagnation and social divisions. There is the widely held belief that religion, appropriately defined, is the solution to many, if not most, ills. The evidence for that belief is scant, and most of it points to the opposite. In his time in Parliament, former President Morsi, thundered against corruption and when running for president claimed that it can all be cured by appointing the pious to office. During his short term the men of his party came ready to grab with both fists in a time-honored, but hardly religious, attitude of “my turn now”. Preachers long urged women to cover up in order not to excite men’s passions. But a woman walking the hot streets of Cairo in the summer of 1967 in a flimsy sun dress could do so unmolested. Today her granddaughter, fully sealed in flowing garments, will all too often run a gauntlet of sexual harassment. There are even more serious consequences. Lower fertility is necessary for Egypt to improve the economic lot of the people and deal with scarce resources of land and water. But religious ideas, sotto voce, stand in the way of proper population control. And the mother of all problems is cultural stagnation and diminution. It is a chicken-and-egg question as whether cultural stagnation manifests as false piety or whether false piety causes cultural stagnation. We do know, regardless, that the current atmosphere has made it easy for a minority of moral busybodies, snoops and snitches, to operate freely in the country. Any man can drag a fellow citizen to court on account of perceived offense to their delicate religious sensibility. A professor who reads poetry and joyously belly dances in private celebration is immediately labeled a threat to religion. Few note the absurdity of the charge; and certainly the courts do not laugh off the suit. These cases represent the most obvious and egregious offenses, but lesser offenses pass unnoticed every day. Egypt has become a country of small daily coercions, and religion has played an unhappy role in that development. Culture matters; both in the lower and upper case. Public religious acts and the government implicit or explicit support of them is no laughing matter.  The growth of religious fervor is not without cost. It displaces other forms of culture. It is no coincidence that the last 40 years of public whipping up of religious fervor saw a general decline in cultural output. Some causes are clear and direct, as artists, writers and poets are regularly accused of blasphemy on account of their work. Increased religiosity shifts the norms and allows for discordant and divisive voices to find homes on the fringes of the mainstream. These voices in turn pull the mainstream further towards them and suppress reasoned dissent. All of this is nasty feedback loop, and unless it is broken the race is to the very bottom.

No one has the right to ask Egyptians to forsake their God or deny their religious expressions. Herodotus also noted that Egyptians are inordinately fond of their religion. That may very well be true. But what we have witnessed in the last few decades is not the triumph of native spirit, nor the failure of “modernity”, but the result of a culture war waged by determined and disciplined ideologues (again of both religions), who wanted religious expressions to have primary, even exclusive, role in defining culture and even politics. When it comes to the latter there is discernable confusion. Politicians race around offering religious advice while Sheikhs and Popes comment knowingly on politics. It is a classic case of how mixing of religion and civic politics hurts both. An anecdote was related to this author some years ago by a man who witnessed it first hand. In 1950 the Egyptian Ministry of Education wanted to revise the school curriculum to a more native and nationalistic bent. It sought opinions from within its ranks. One man, highly regarded and armed with a recent graduate degree from America, offered his views. Religion must be weaved into all aspects of the curriculum, language, history, arts and even sciences. A skeptical member of the committee offered a rebuke “mish kulu el deen ya ustaz Sayyd” (It is not all religion Professor Sayyd). The comment earned a hearty chuckle from other members. More than sixty years later, Egypt needs to make sure that Sayyd Qutb does not have the last laugh.

A Papal Message of Hope?

In an interview titled “Papal Message of Hope” Pope Tawadros II spoke on a variety of topics. His words were meant to give hope to both Copts and Egyptians. But to some Copts, specifically those who are not Egyptian, the words may give them reasons for concern. It is difficult to gauge in a statistically meaningful way the attitudes of non-Egyptian Copts. The best one can do is keep a close ear to representatives of various strains of thought and try to guess the views of the majority accordingly. Nearly a week after the interview, most American Copts seem not to view it favorably, and in the view of this observer for the wrong reasons. Historian Samuel Tadros noted that the Pope “seems to think of himself as an Egyptian leading an Egyptian church”, and in spite of his generally favorable view of Papal administrative decisions warned of a “theological crisis”. Tadros, as usual, cuts to the chase and finds Ethnocentric discourse by Copts to be problematic. He is right in an American and perhaps a universal context, but to Egyptian Copts who know that many fellow Egyptians wish to deny them liberty, or even life, the nationalist discourse is the lesser of two evils, the other being the Islamist discourse. Other Copts felt that the Pope did not highlight the suffering of Copts in Egypt and by insisting that terrorists aim to attack Egyptian unity, rather than just the Copts, is echoing the views of a government too inept to protect its citizens. They are right, but perhaps Pope Tawadros finds lessons to learn from the early confrontational years of the papacy of Pope Shenouda. The reality is that the world will not rush to defend persecuted Copts in Egypt beyond words of concern. The safety of Egyptian Copts lies with a difficult and negotiated dialog with a negligent and occasionally complicit state. To paraphrase a Russian peasant, the world opinion is very far away and the Egyptian state is uncomfortably close by. Non-Egyptian Copts have the benefit of personal and political freedom and a considerable megaphone, but these tools do not translate readily to power to persuade the Egyptian state. While it is true that the so-called Islamic State made it clear it targets Copts solely on the basis of their faith, even the most delusional foot soldiers do not believe that they can eradicate Copts one Church bombing at a time. What they seek is a sectarian conflict. In a real sense, Pope Tawadros is correct. The terrorists are targeting the Egyptian nation as a whole, however indirectly.

Two aspects of the interview stand as real concerns for this observer. First is his admiration for Putin. This is really uncalled for.  But more importantly, there is Pope Tawadros’ attitude towards immigration. The Coptic Church has had three Popes since immigration began in earnest in the late 1960s. Pope Kyrillous would not hear of it. Pope Shenouda pretended it is not an issue, and for the first decade of his papacy outsourced the concerns of the immigrants to Bishop Samuel, who understood and even encouraged immigration and a reasoned level of assimilation. Pope Tawadros has yet to articulate a consistent attitude. Administratively, he has shown concern and respect for immigrant Copts. Privately, he expressed agreement with a more universalist message. But in this interview he seems to discourage immigration. Of course the reality is that for Copts who wish to immigrate, the real barrier is not his disapproval but the lack of a visa. Immigration and assimilation are a reality and will continue to be an ever-increasing a feature of what it means to be a Copt. There are difficult questions that the spiritual and cultural head of the Coptic Church must answer. Does being an Agnostic American disqualify one from identifying as a Copt? Can someone who is not ethnically Egyptian, or only partly so, identify as a Copt? Is the Church purely a theological expression of being a Copt, or does it have a cultural role for people long denied a culture of their own? If it is the former, then how can it be distinguished from other theologically similar denominations (such as Armenians for example)? If it is the latter, then what can it do to expand the figurative tent and accept differing social and personal views? The Church needs to look no further than to controversies that wrack the Jews about access to the Western Wall for evidence of the power of such concerns.

There are also questions that immigrant Copts and their descendants must answer. What exactly are Copts if concern for Egypt is not a major part of their patrimony? How are they different from the majority of Christians among whom they live and prosper? Even those who are not ethnically Egyptian but wish to identify as Copts need to have Egypt closer to their hearts, and develop a sensitivity to the difficult conditions under which the Church and the community operate there.

These are difficult questions and must be addressed if hope is beyond the merely aspirational.